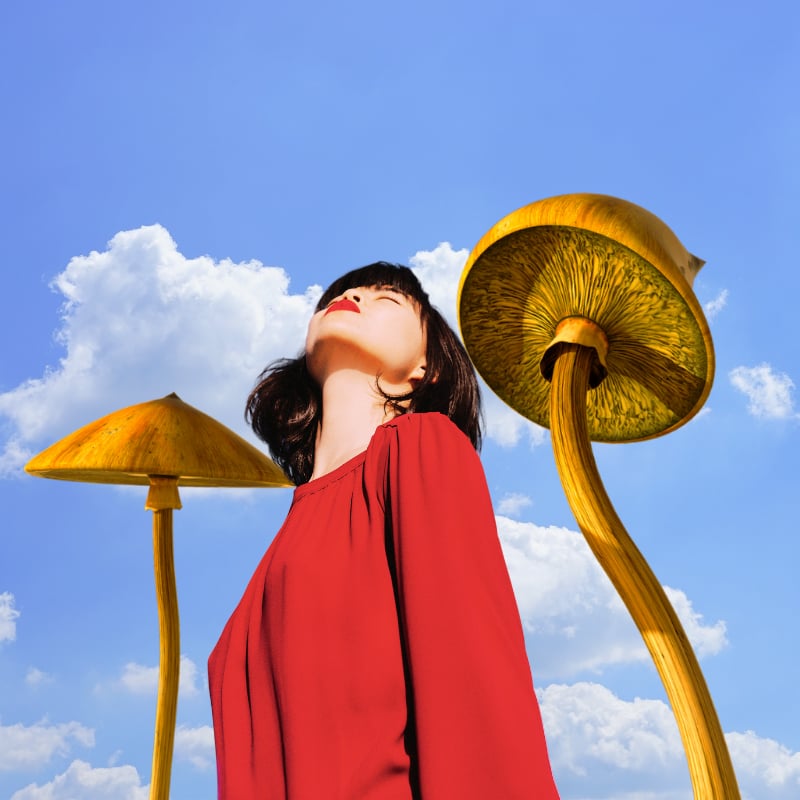 This blog is all about finding ways for you to escape the stress and find a moment of true peace and stillness that’s not only safe, but beneficial to your well being. Let me introduce you to psilocybin the most peaceful, mind-expanding, float-on-air feeling you can achieve in these dark times.

With the world in turmoil, years of a raging pandemic and the day-to-day stresses we all experience, life has been hard on many of us. Especially for parents as we struggle to raise happy, healthy children through so much uncertainty. Having a break from the intensity of it all, even just  for a few hours does a world of good for your mental and physical health.

Psilocybin (like cannabis) doesn’t have a lethal dose, so you can take large amounts of this substance without risking death or organ damage, it’s truly safe, more than that, psilocybin is healing.

Let me throw some science at you about psilocybin

John Hopkins University has been leading the way in psychedelic research and it’s the reason why mushrooms are having a renaissance moment. Science is showing us the profound benefits psychedelics can provide from severe depression, anxiety and PTSD.

“one small recent study published in JAMA Psychiatry found that patients with major depressive disorder experienced significant improvement after being treated with psilocybin in combination with psychotherapy, and more than half were in remission four weeks afterward. “The most advanced work is with patients with life-threatening cancer, where we saw dramatic reductions in depression and anxiety that showed persistent benefits six months later, which is extremely atypical,” says Dr. Johnson.”

Science is starting to discover how psilocybin works in the brain and why the benefits of psilocybin can last for so long. “It could be that these types of changes are unfolding in the days and weeks following a psilocybin session, and they represent a kind of fluidity and plasticity in the system,” he explains. “It’s like a plastic that’s been heated and becomes malleable enough to reshape. Eventually, it’s going to cool down, but you’ve established a new normal during this time.” Dr. Johnson.

Perhaps no region of the brain is more fittingly named than the claustrum, taken from the Latin word for “hidden or shut away.” The claustrum is an extremely thin sheet of neurons deep within the cortex, yet it reaches out to every other region of the brain. Its true purpose remains “hidden away” as well, with researchers speculating about many functions. For example, Francis Crick of DNA-discovery fame believed that the claustrum is the seat of consciousness, responsible for awareness and sense of self.

The scans after psilocybin use showed that the claustrum was less active, meaning the area of the brain believed responsible for setting attention and switching tasks is turned down when on the drug. The researchers say that this ties in with what people report as typical effects of psychedelic drugs, including feelings of being connected to everything and reduced senses of self or ego

This reduced sense of self or ego is where the magic is with psychedelics. It’s like all of the bullshit falls away and you’re able to connect to something greater than yourself.

Recommended reading before using psilocybin (this article contains dosing information):
Q & A with plant expert Sarah Lovegrove on how to start with psilocybin

Using psilocybin as a parent is one of the greatest gifts you can give yourself but it matters how and when you take a trip down psychedelic lane.

Some parents microdose psilocybin to help them feel more relaxed with their children. Personally I prefer to use psilocybin on my own as it facilitates a deeper connection to myself and the natural world.

When using psilocybin the way to get the best experience is to consider set and setting. This refers to your mindset and the place you choose to have your experience.

Psilocybin is a mind-expanding experience and the wonderful float-on-air feeling you can get is made possible through going into it with the proper mindset, and by making sure you’re in a place where you feel comfortable and safe.

Preparing for your psilocybin journey

First of all it’s important to know that Psilocybin is not a sleep aid, prepare to be awake for hours.

The effects of psilocybin can be felt within half an hour however the most intense part of your experience will likely happen about 3 to 4 hours after taking psilocybin and the effects last 6 hours or longer, depending on your dose.

I took 500mg of psilocybin (which is considered a minidose) around 8pm and it was 3am before I was finally able to sleep but wow, what a journey that was! Even though I was tired, the next day I felt so good and that peaceful feeling lasted a few days following.

About an hour after taking psilocybin I had a hot bath followed by intimacy with my husband. After a great massage and orgasm, I was nice and relaxed before the stronger effects of psilocybin kicked in.

I highly suggest you connect with your partner while on psilocybin and release tension through intimacy. Even if you’re on your own and don’t have a partner, releasing tension will help to enhance the effects of psilocybin.

Expect to feel the strongest effects after a few hours

After about 3 hours I was resting in bed with headphones on playing music that’s meant for a psilocybin trip, while my brain put on a show for me.

It’s like I was able to separate my consciousness from the workings of my own brain. I saw the intricate thought patterns as lit up pathways that were all of the experiences, teachings and influences that have formed my view of the world over the years.

I was able to take a step back from the noise for this period of self reflection with a feeling of real tranquility. This feeling of stepping away from the entanglement of my thoughts is indescribable. I felt whole, like I belonged here, life is beautiful and a deep sense of peace took over me. I felt this calm in my mind that wasn’t there before. and this was from just taking a minidose of psilocybin.

My husband also had a profound experience. He wears glasses and is in need of a new prescription and he said while on psilocybin his vision became razor sharp, everything was crisper and clearer. He watched a movie and said he saw it in 3D. Even the next day his vision was improved.

Dose and side effects

Just like with cannabis, dose is everything. I was able to find the perfect dose because I had been microdosing with psilocybin for several months previously. I was taking anywhere from 50mg up to 300mg during the day and felt functional and fine. I knew 500mg would be a good dose for me for the evening. However my husband found 500mg a bit too strong, everyone is different so it will take some experimentation to get the right dose.

I recommend experimenting with microdosing during the day when the kids aren’t around so you get a good idea of how psilocybin will work for you. It’s also helpful for anyone feeling nervous about psilocybin, starting with a microdose will help ease you into using higher doses of psilocybin.

The side effects of magic mushrooms

The side effects will be different for everyone however the most common side effect is distortions in your vision (at higher doses). Meaning things in your environment will change a bit, your curtains might look like their moving, a blanket draped over a chair might look like a cat.

Hallucinations are common with a higher dose of psilocybin however you likely won’t see things that aren’t there, unless you take a large amount. Mostly your vision is altered and things in your environment appear to move slightly. Don’t be alarmed by this, it’s actually quite fun, especially out in nature.

The other side effects you may experience are nausea and dizziness. My husband feels nausea usually after about 3 hours however it doesn’t last too long. For me I basically feel no appetite and I’m fine with that. You may also experience a bit of dizziness, similar to THC.

Pick a good day and time to use psilocybin

The best way to use psilocybin is during the day so it wears off well before bedtime. Choose a time when the kids are at their grandparents or you’re on vacation, so you have a day to yourself when you won’t be disturbed.

Being in nature is a great way to experience psilocybin, going for a walk in a forest, sitting by the beach, gardening or anything that allows you to connect to the natural world, will bring you a wonderful sense of well being. When at home, plan to be creative, watch a nature program, listen to peaceful music and meditate.

Meditative mind has a great library of music and videos to watch during your psilocybin journey and I highly recommend it, here’s an example:

If you’re nervous about taking psilocbyin, don’t be and here’s why

I can’t stress enough, with all of my heart how much I want you to feel what I felt, that sense of serenity and introspection. There’s so much you can learn about yourself and the world around you just by altering your perspective with the aid of a tiny mushroom. No hangover, no damage to your brain and few side effects.

However society has put so much stigma around psychedelics because of it’s popularity in the 60’s, that now many people are wary of them. Instead society has embraced alcohol which is arguably the worst mind-altering substance you can take. Alcohol is known to be toxic and new studies are finding it’s one of the leading causes of cancer.

If you’re okay with getting drunk or even getting a good buzz from alcohol, then rest easy knowing psilocybin is non-toxic, even in high doses and doesn’t cause cancer.