Cannabis is a wonderful plant with many therapeutics uses, understanding a bit of the chemistry of cannabis and how it works in the body can help us to appreciate what it can do for our overall health and wellbeing.

Cannabinoids are the chemical compounds of cannabis, the highest concentration is found in the resin, a sticky substance secreted by the trichomes of the cannabis flower. Cannabinoids work by binding to the cannabinoid receptors- CB1 (expressed mainly in the brain and central nervous system) and CB2 receptors ( mainly in the immune system and hematopoietic cells) throughout our body, a part of the endocannabinoid system.  The endocannabinoid system is a very complex regulatory system that regulates many functions such as; digestion, memory, immune response, bone growth, pain, blood pressure, appetite among many other things.

Cannabinoids start out as acids and over a long period of time, or very quickly upon heating through smoking, vaping or cooking; a process called decarboxylation, they turn into their chemically neutral state (example THCA becomes THC) and this it what gives THC is psychoactive property. In its raw form cannabis is non-psychoactive. 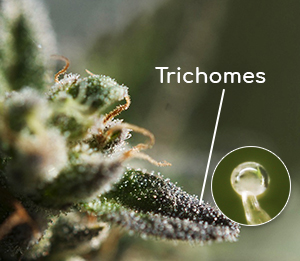 The two main cannabinoids and how they work:

THC (tetrahydrocannabinol)- the most abundant cannabinoid and what gives you the euphoric "high" feeling, THC is the mind altering cannabinoid however it has many medicinal uses as well including; appetite stimulant, pain management and depression.

CBD (cannabidiol)- The second most abundant cannabinoid  doesn't cause intoxication. CBD has numerous therapeutic uses including anxiety, pain and anti-seizure. CBD interupts THC from binding to the CB1 receptor, making it effective in reducing THC side effects.

CBN (cannabinol)- this cannabinoid is not created in the plant, it's what THC turns into when it ages and is exposed to oxygen and light. CBN doesn't have a lot of science on it yet however some people find it helps with sleep, and some science suggest it helps with inflammation. Most strains have less than 1% however more products are being created with higher levels of CBN.

CBG (cannabigol)- THC and CBD are created in the cannabis plant from the precursor CBG. It's non-psychoactive and in recent research shows potential as a potent appetite stimulator and possible treatment for irritable bowel disease and glaucoma, however more research is needed. CBG is found in less than 1% of the strain.

THCV (tetrahydrocannabivarin)- also known as varin, this cannabinoid is similar to THC, it's psychoactive however it may be an appetite suppressant, helpful with weight loss, also with anxiety and panic attacks. Most strains only have trace amounts however strains are now being developed with higher amounts of this cannabinoid. Meanwhile look for African sativa strains for higher amounts and set the vaporizer to its boiling point 428f/220c.

Recommended reading: What the cannabinoids CBDA and CBGA are and how smoking cannabis won't prevent Covid

Cannabis will be classified as either Sativa, Indica or a hybrid (blend). It used to be thought that Sativa was felt more in the head and is more energizing, Indica felt more in the body and more relaxing (think of couch lock) however new research shows that when it comes to effect, these classifications are useless. If you ask anyone who's used cannabis for a long time (myself included) we swear that Sativa feels more heady and Indica more heavy however the science says no. It has more to do with the terpenes and the dominant cannabinoids that determines how a cultivar will feel.

You many also read about how a certain cultivar will feel more relaxing, increase appetite etc. How a cultivar feels on one person can be the complete opposite for someone else. Many classify the effects of each strain by a general consensus of how people felt however that can vary greatly from person to person, and from day to day. How you're feeling on a particular day, hormone levels, sleep and other factors can change how a cultivar may feel from one day to the next.

For women this is especially true with our hormone cycles. Estrogen can make you more sensitive to the effects of THC so depending on where you're at in your cycle, that edible that was just fine yesterday, might feel too strong today.

One of the best things you can do to predict how a cultivar might feel is to keep a cannabis journal, or just write down in a notebook the name of the cultivar, any other details you're able to find such as the terpene profile and cannabinoid breakdown. Write down how it made you feel each time you tried it, write down where you're at in your cycle and how you're feeling in general. All of that information will give you a snapshot of how another cultivar with a similar profile may feel. It can take some trial and error before you find the right product for you, over time you'll get to know what works for you and what doesn't.

There's other cannabinoids that are being researched for their potential therapeutic uses, however it's believed that all of the cannabinoids need to work together to achieve optimal results, this is known as the entourage effect .

It's thought that all of the cannabinoids work together in a synergistic way, kind of like an orchestra. Just like all of the instruments are crucial to the overall sound, all of cannabinoids need to be present for its greatest potential. You'll  also hear this referred to as whole plant therapy or full spectrum on products. 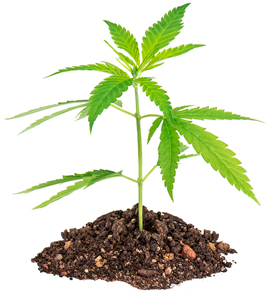 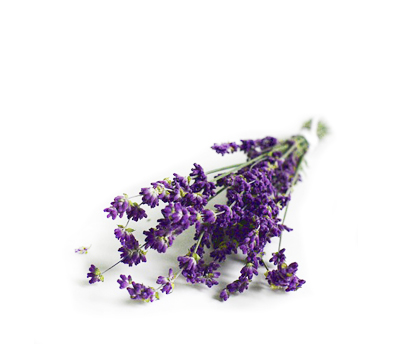 Terpenes or "terps" for short occurs naturally in many plants and is what gives them their unique aroma and flavour. Cannabis cultivars have a terpene profile that gives that cultivar its signature taste and smell. However terpenes play a bigger role than just smell and taste, they have health benefits as well. Terpenes are believed to be a crucial player in the entourage effect and aids in the role of that cultivar's effects such as appetite, pain and mood. Visit our page Terpenes Explained to learn more.

Did you know that you can't die from an overdose of cannabis? There's never been a recorded case of anyone overdosing from cannabis. That being said, not everyone should use cannabis, there's medical reasons why cannabis might not be a good idea especially for people with heart issues or on certain medications. If this is you, talk to your doctor before using cannabis.

Cannabis doesn't come without its side effects however most are short lived and easily managed. The most common side effects of cannabis are:

The side effects can get much more pronounced if you've consumed too much THC, similar to alcohol you need to know your tolerance. If you drink too much alcohol you can become violently ill, black out and slur your words. When you take too much THC it can make your heart race and induce paranoia ( the main reason why people end up in the hospital). Too much THC can cause nausea and vomiting. Although it can feel bad and a bit scary, it can't kill you. Once it wears off the side effects disappear.

If you have a serious heart condition or issues with blood pressure, consult with your doctor before taking cannabis. If you suffer from vertigo and fainting, be aware that THC can cause dizziness.

Don't panic!
What to do if you accidentally
take too much THC

Ok, so you overdid it on the THC and now your body is in full fight or flight mode.
Relax, you're safe. It will pass. (this is your mantra) you can't overdose and die on cannabis.

Take CBD: CBD can help to reduce the effects of THC. Before taking edibles take a dose of CBD before using THC, take a dose of at least 2:1 CBD to THC.

You can also use fast-acting CBD such as a beverage or dissolvable to help counteract the side effects of THC, if you've taken too much.

Vape pens 101: learn how to properly dose and shop for vape pens

Cannabis 101: How to figure out your perfect dose and method