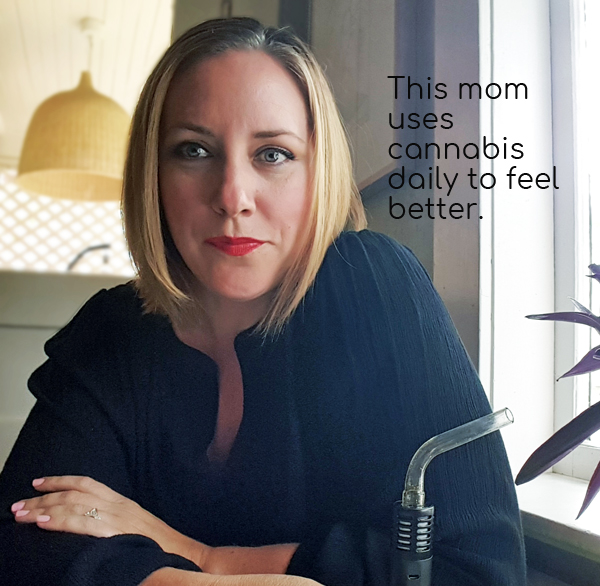 I’ve been using cannabis for over 20 years, I’m used to hiding it because it was illegal for so long. However now that it’s legal in Canada, there shouldn’t be anything to worry about, right? While you might not be doing anything illegal it can still make you feel anxious telling people, especially other moms. There’s a fear they’ll judge you, perhaps even leave you and your child out of invites to things. While I couldn’t care less if some uppity mom wants to steer clear of me because she’s against weed, I do care about my child and how that will affect her at school with her friends.

Should you just be open about your use?

If you ask me, yes! The more people who are 100% unapologetic in their cannabis use, the better. This will normalize it in society so no one has to write articles like this anymore. However this isn’t so easy for some people, so what do you do?

Ask them their opinion

Start up a conversation like “cannabis is legal now, have you tried it?” see what they say. If they come out strongly against it, you know where they stand and you can make a choice from there whether or not to tell them. This is the simplest, easiest way to gauge someone’s view on the subject without having to out yourself.

What if they ask you?

Be honest, this is the perfect opportunity to be open about using cannabis. For me I’ll simply say “there’s nothing that relaxes me the same as cannabis, plus sex with my husband on cannabis is great!” It’s hard to argue against that and watch as they ask you more questions, or admit to using it themselves.  That’s usually why people ask if you use cannabis, because they want to see if you’re canna-friendly.

The awkwardness of rubbing up against opposition

This is unavoidable, while cannabis is legal in Canada some people still have very negative opinions about those of us who use cannabis. In my own experience, I have a friend whose husband is very clear about how much he hates cannabis. He knows the health benefits, he knows it’s safe but the propaganda has worked on him and he has a real disdain for “lazy, freeloaders” who use weed. This makes it pretty awkward when I see him, knowing what he really thinks of me over here enjoying my weed. Yikes right? I come across this sometimes but for me it’s just Weed Mama fuel.

Most people don’t care if you use cannabis

I think this is what I need say louder for the people in the back! In my experience, being a spokesperson for weed, I can tell you it’s more often I find curiosity, openness and an eagerness to learn about cannabis, now that it’s legal. There’s still fuddy duddy’s who can’t let go of their tired, worn out ideas – like my friends husband but they’re starting to come around. They have to, it’s legal now and most people I come across think it’s silly and antiquated to be against cannabis at this point, with all of the knowledge we have about this wonderful plant. If you run across someone who looks down on you about cannabis, remind them they’re ideas are dated and they should educate themselves about modern cannabis. (send them to Weed Mama!)

It’s just time to be open and honest, it’s legal, feel no shame!

It really is time for people, all people ( where it’s legal), to just be open about it. The more people who admit to using cannabis and are free and open about it, the faster it will be normalized in society.

When my mom friends say to me “I survive on coffee and wine” I’ll say with a smile “for me it’s coffee and weed.”