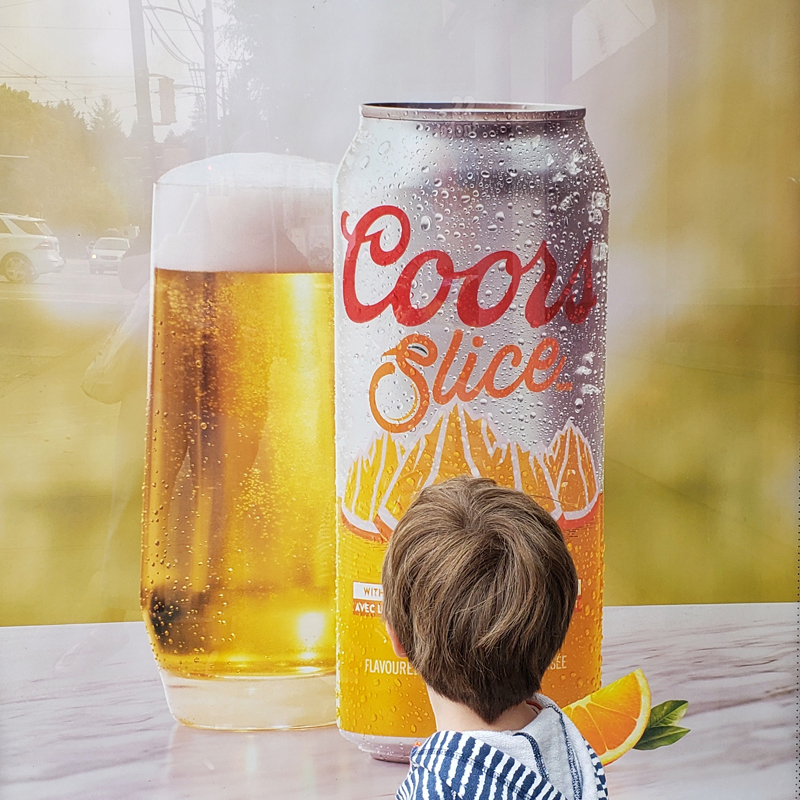 The hypocrisy around the laws for cannabis compared to alcohol is astounding. It comes down to fear from decades of reefer madness style propaganda. Let me give you this statistic to blow your mind on just how hypocritical these laws are:

Excessive drinking is responsible for more than 4,300 deaths among underage youth each year, according to the Center for Disease Control and Prevention. Also from the CDC- drinking by minors under the age of 21 (in the United States) is illegal, people aged 12 to 20 years drink 11% of all alcohol consumed in the United States. More than 90% of this alcohol is consumed in the form of binge drinking. However as you can see from the above image, that’s my son standing in front of a bus ad for beer, right around the corner was a bus ad for whiskey. If it’s illegal for minors to drink because it’s too dangerous for them, why are liquor companies allowed to advertise to kids?

A few of the highly restrictive laws around cannabis for a comparison:

Cannabis can’t be advertised to minors, cannabis stores must have frosted glass to be hidden from view
Alcohol has no such restrictions

The laws for cannabis were made to prevent not only minors from accessing it, but everyone else as well. The laws are discriminatory and many people need cannabis to manage an illness, so it’s necessary for their health. As a stay at home mom I run errands all day with my son, one of those errands might be grabbing a bottle of wine and a tincture of CBD oil. I can bring my son with me to buy the wine but I have to find someone to watch my son before I can buy my CBD. Buying online isn’t good for many people either, for example the shipping cost adds about $8 to your order and I don’t want to pay that when I can easily walk into a local store and buy one.

Considering that alcohol is a more dangerous substance than cannabis, why can’t I shop in a cannabis store with my kids, when I can take my kids into a liquor store? Why does cannabis have to be hidden from view but alcohol can be advertised to my kids at a bus stop? I don’t want cannabis advertised to minors at a bus stop either, but I do want to be able to take my son with me into a cannabis store. We need reasonable laws for cannabis, the current laws for cannabis are miles from reasonable.